Polyurethane foam is one of the major components of pre-insulated pipe supports manufactured at Piping Technology & Products. Polyurethane is different from most plastic materials in that it can be tailored to meet various load requirements of varying applications. Polyurethane foams are produced by reacting an equal ratio of di- or polyisocyanurates with polyols, in the presence of water, which acts as the blowing agent. Polyisocyanurates are formed when a higher ratio of di- or polyisocyanate are mixed with the polyol. All rigid foams made from polyisocyanurate systems have some form of polyurethane in them and can be called polyurethane foam. The physical properties differ very little at high densities. Polyisocyanurate foams are used in applications where dimensional stability over 200 deg F is required. However, for cryogenic applications, where your pipeline insulation is not exposed to high temperatures, PUF is an acceptable substitution. 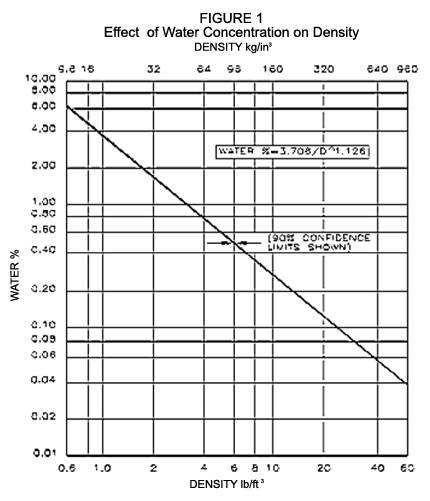 Density varies when the amount of blowing agent (water content) changes. The density of polyurethane decreases with increase in water content (See Fig. 1). This relationship can be shown as follows:

In addition to density, the strength of a rigid urethane foam is also influenced by many factors such as catalyst, surfactant, type of mixing, the type of foaming system: base polyol and isocyanate, and the influence of each of these on the foam cell structure.
Rigid urethane foams generally have an elastic region in which stress is nearly proportional to strain. They do not exactly follow Hooke’s Law (stress is proportional to strain) because the curve is very slightly “S” shaped. Fig. 2 shows this in detail. 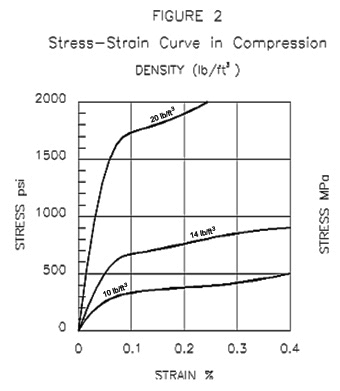 Polyurethane is a thermosetting material; however, it does soften slightly with increased temperature and hardens somewhat at very low temperatures. Softening at high temperatures affects the polyurethane in two ways: (a) loss of strength properties and (b) change in foam dimensions (particularly low-density foams). Low temperatures generally have a very little effect on polyurethane properties other than to make them a little harder and more brittle. See Fig. 4 for these effects. 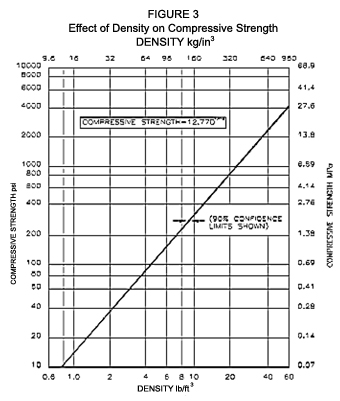 Rigid polyurethane foams have a relatively large amount of cross-linking as the foam expands. Our suppliers of the raw chemicals control the degree of cross-linking by functionality (higher functionality produces more cross-links) and molecular weight of the components in the blend. The rigid cells provide the poured foam with strength and the interior space provides low thermal conductivity. Water is used as the blowing agent for foam in this 10 to 40 lb. density range. 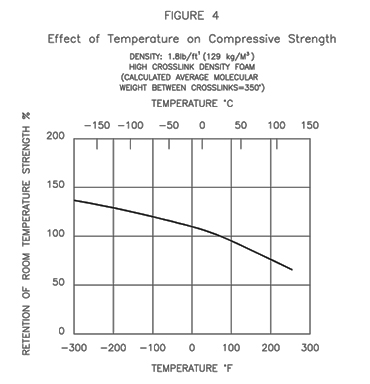 The relationship between temperature, thermal conductivity and the density of polyurethane foam is shown in Fig. 5.

Piping Technology & Products has a complete manufacturing facility for production of polyurethane required for pipe supports. We invite our customers to visit our facility and observe the fabrication of insulated pipe supports of all types. 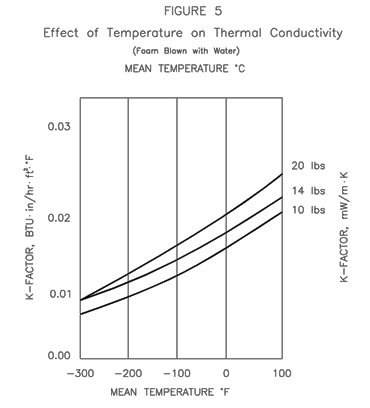 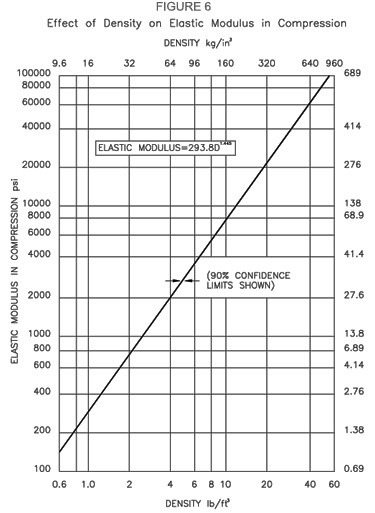 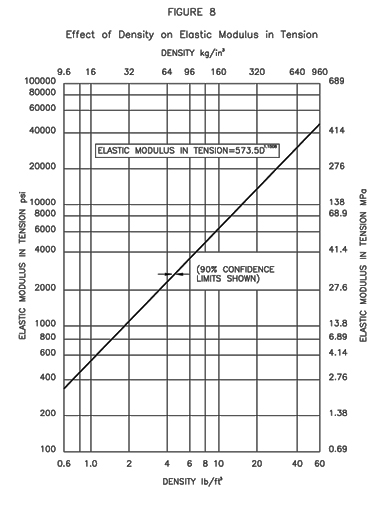 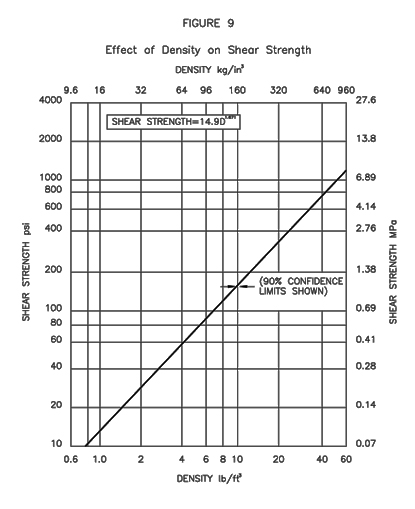