Our recommendation for our customers is to only use expansion joints when necessary as they are the weakest link in the Piping System.

Our Expansion Joint Offerings Include:

Beyond the product itself, US Bellows offers the following complimentary services as part of the product purchase:

In addition, PT&P’s Field Services is your one-stop solution to all your expansion joint needs, including survey/audits, installation, replacement, engineering, and design from start to finish.  Some points on our inspection checklist are:

The chart below shows the basic elements of an expansion joint.  It is important to note that the picture shows a limit rod but that in different configurations, the rod can be a tie rod, limit rod, control rod, or adjustment rod. In this case of a tie rod, the rod is used to restrain pressure thrust but in this configuration, it does not allow for axial movement.

The following are 3 key issues that must be managed when expansion joints are introduced into the piping system:

The pictures below are of real-life examples of failures due to these issues:

The table below shows all the tradeoffs that are used in designing a bellow. This does not even take into account the tradeoffs made in selecting the Expansion Joint Type. If customers are able to consult PT&P upfront, then we can do more to make the right tradeoffs in the overall design. 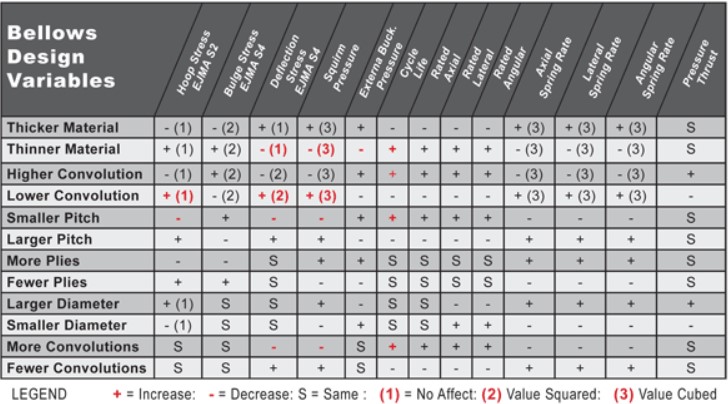 Generally, pipe stress engineers will hand calculate the movements to be absorbed by EJs. They will then design an expansion joint. The table below shows the thermal expansion for different materials. For example, 1000 linear feet of 304SS piping which increases 100F in temperature will undergo approximately 11.5 inches of thermal expansion which must be accounted for in the piping system.

Only a limited amount of inspection can be done during operations. This includes:

Given the severity of a potential EJ failure, US Bellows recommends a regular replacement cycle and can assist with this recommendation based on its data on EJ service histories.  One of the most important preventative maintenance issues with EJs is insuring that spring supports that have a major impact on the functioning of the EJ are properly maintained. 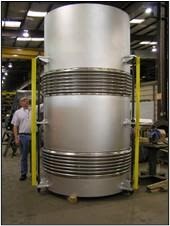 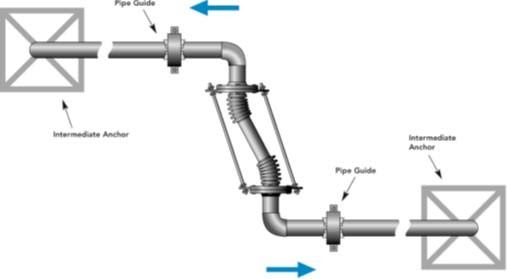 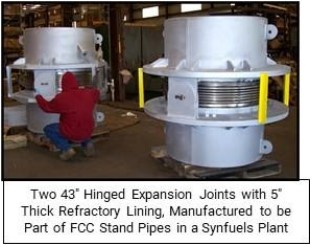 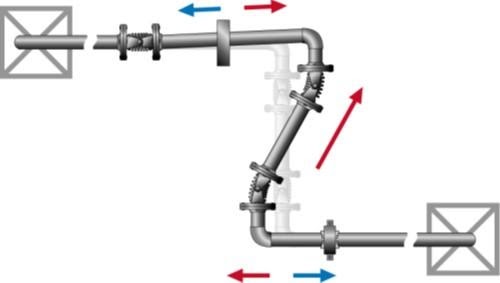 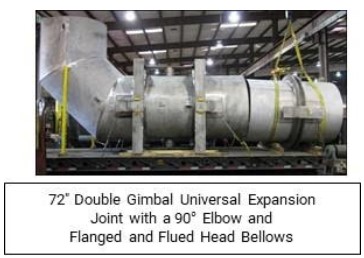 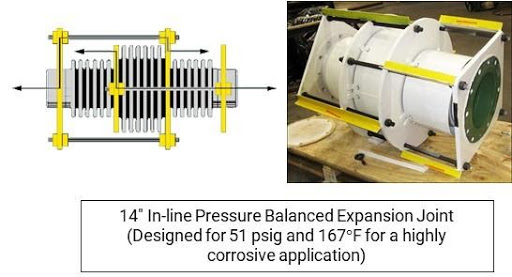 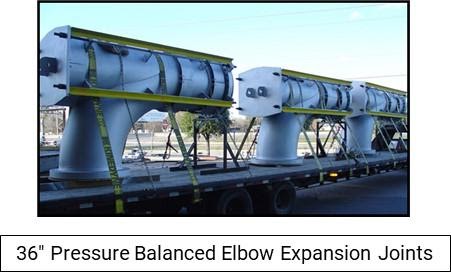 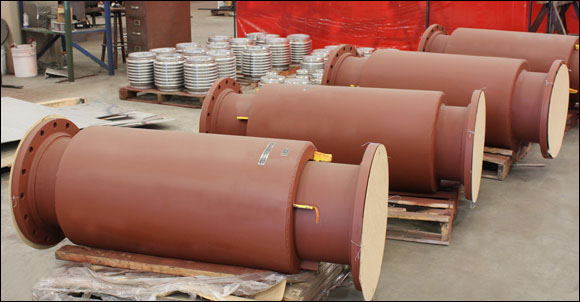 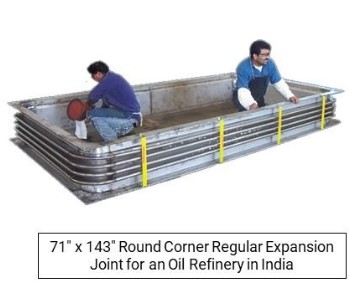 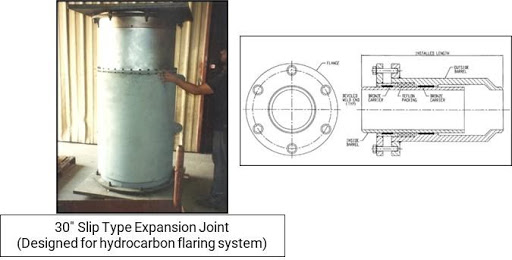 There is a wide variety of materials used in fabric EJs to support different design conditions as shown in the table below. 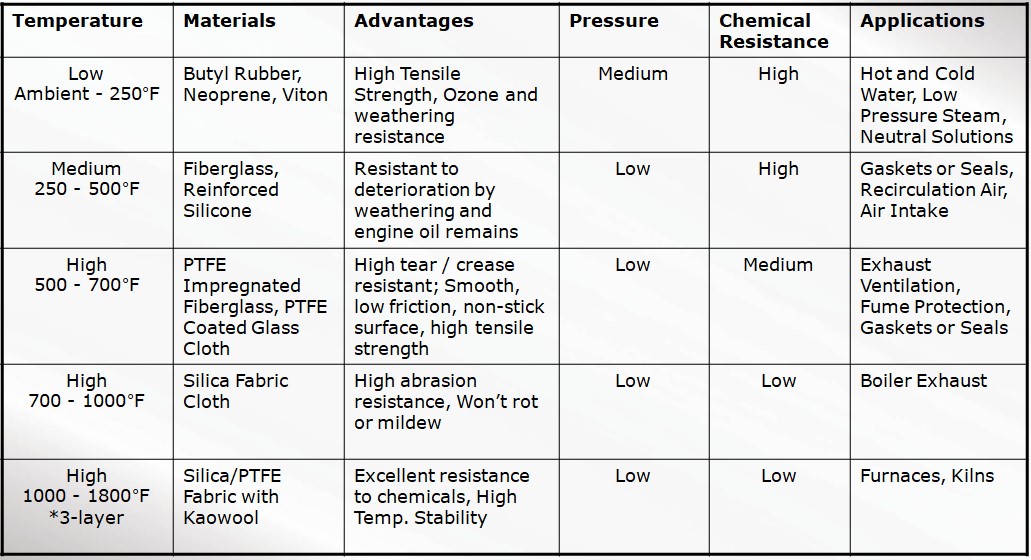 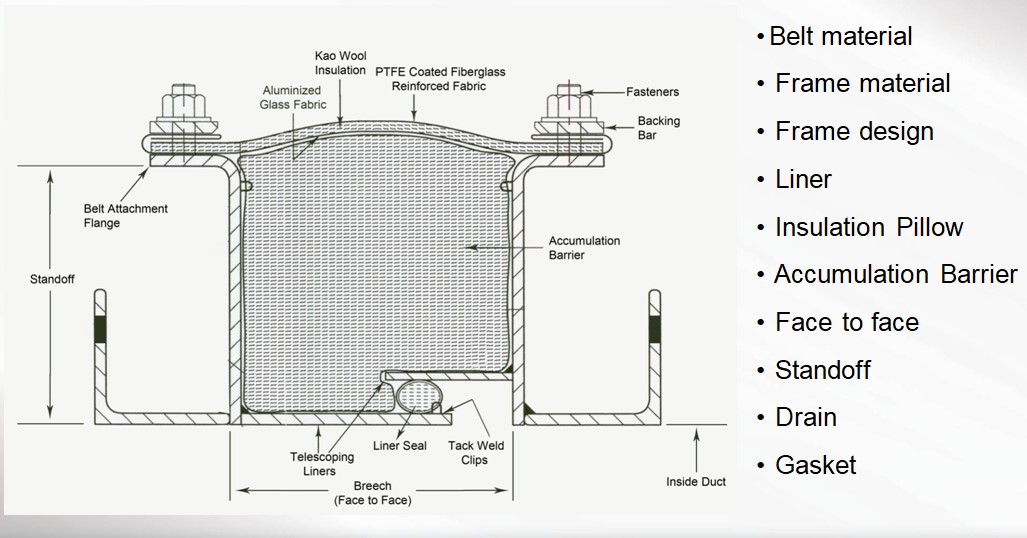 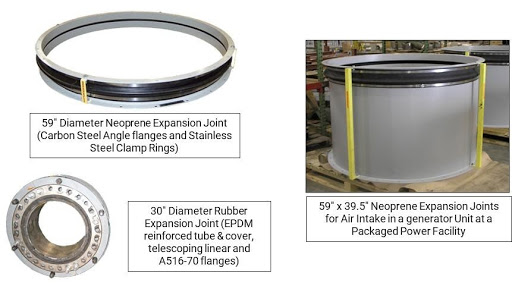 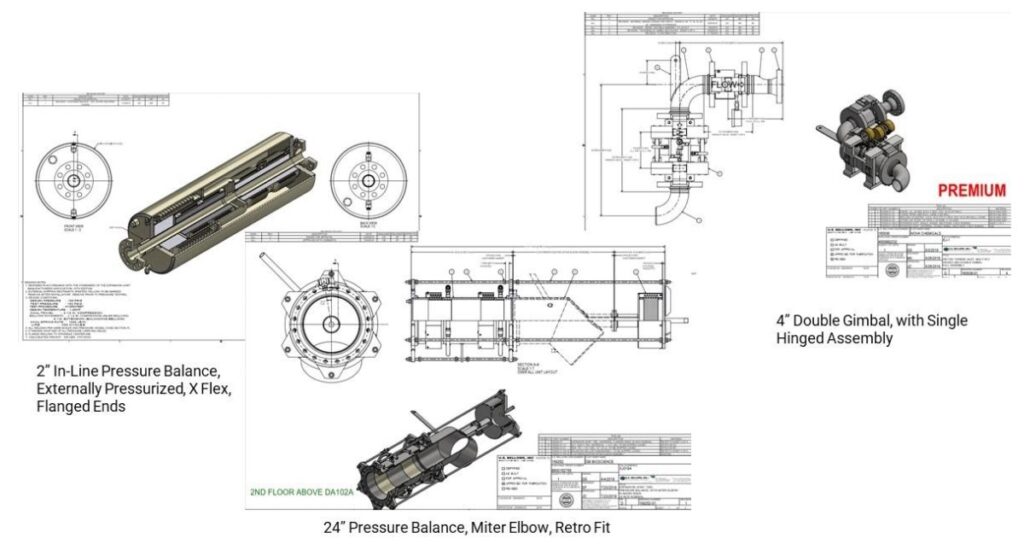