PT&P received an RFI on supporting a Coker duct with a base type spring support, which has been supported by a shoe and a short concrete beam, resting on a long concrete beam that is part of the plant structure. 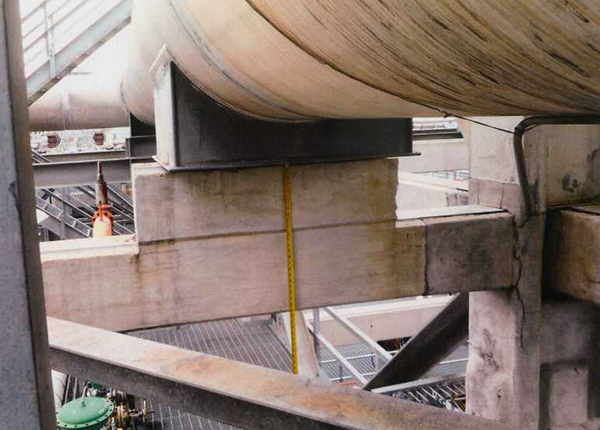 The duct needs to move upward for proper running operation and to relieve stress buildup. This can only be done by using a spring support. The short concrete beam below the shoe is only 12” high. Supports found in the market can not fit in a 12” space for the load being applied by the duct. Adding extra structure around and above the duct, for a hanger spring support, is costly.

Space available between the bottom of the shoe and main supporting concrete beam: 12”

Since a single support cannot fit underneath the shoe, PT&P explored the possibility of fitting variable supports around the duct, on the supporting beam. When the customer relayed the surrounding dimensions to PT&P, it was decided to use two standard PT&P variable supports and bridge them by using a specially designed bridging assembly. 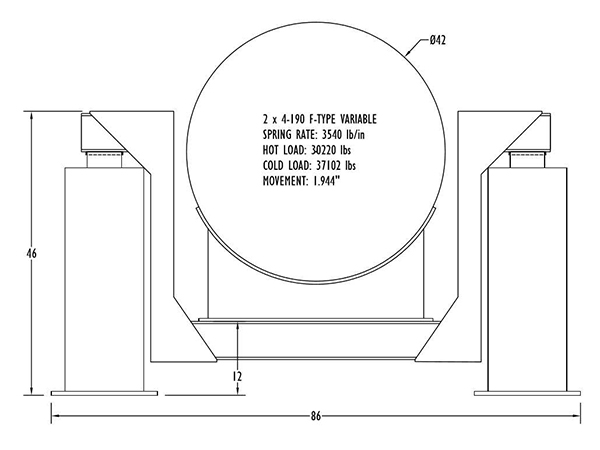